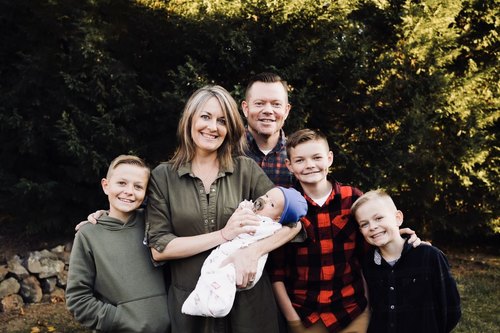 Chris Suits along with his wife Sarah were saved at the age of 20 while he was attending Oregon State University. Chris felt a burden for youth early on in his walk with the Lord and started serving in youth ministry at their church shortly after finishing school and moving to California. In 2004, a job change took them to the place they both grew up in Southern Oregon where they continued serving in youth ministry at their church before a job transfer moved them up to Astoria in 2007. Shortly after arriving in Astoria, Chris and his family began attending Coastline Christian Fellowship and have been very involved at the church where he has served in youth ministry, as an elder, and as the young adult pastor. Chris and Sarah have been blessed with four children, Samuel, Benjamin, Solomon, and Ezekiel.